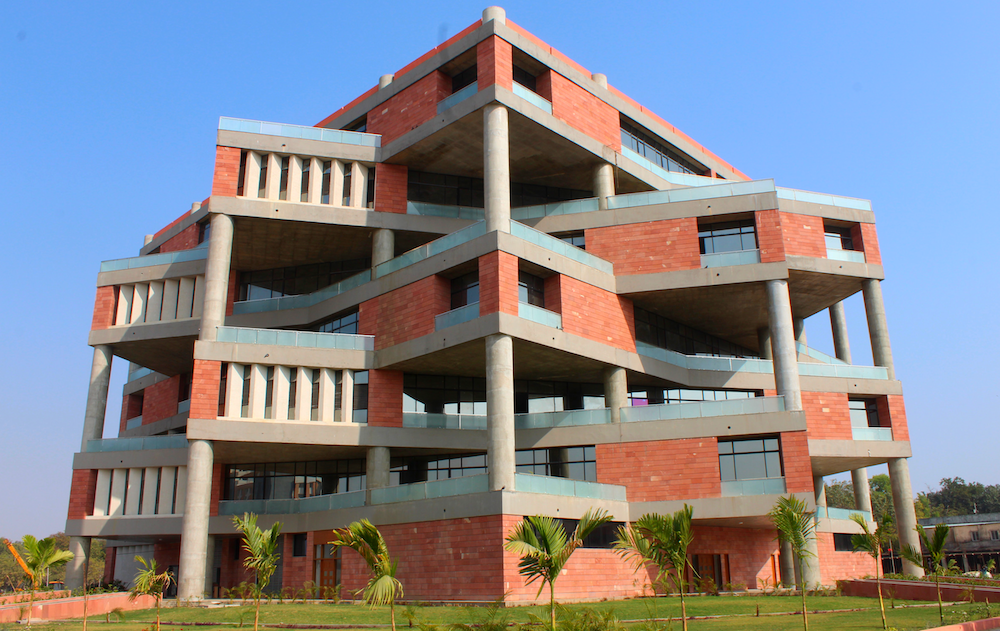 Institute of Defence Studies and Research (IDSR) has been established jointly by Gujarat University and IITRAM, Ahmedabad, with the patronage and support of Government of Gujarat. IDSR is an autonomous institute dedicated to conduct academic and research activities with a mission to pave way for quality human resources in the defence sector, while functioning as an organisation working towards augmenting the defence policy and research. The Institute promotes national and international security through the generation and dissemination of knowledge on defence and homeland security-related issues.

A special purpose vehicle named ‘Institute of Defence Studies and Research Foundation’ has been incorporated as a non-profit company u/s 8(a) of Companies Act jointly by Gujarat University and IITRAM to govern the operations of the autonomous Institute and deliver courses, programs and conduct research as per the needs of the country’s defence sector. The Institute is supported by Gujarat government and the Defence Research and Development Organisation (DRDO), and the Institute of Defence Scientists and Technologists (IDST), Pune.

Gujarat University is affiliating university, having more than 350 affiliated colleges, 35 post-graduate departments and more than 50 affiliated post-graduate centres with diversified courses in faculties of 1. Arts, 2. Commerce 3. Science 4. Education 5. Law 6. Medical and 7. Dental.  Starting with the only university in the region during the erstwhile Bombay Province, at present, almost over a dozen universities of the state have evolved from Gujarat University.

As the paradigm shift in social political and economic policies took place from the early nineties, the university has maintained pace with the changes by introducing and a number of programmes in emerging inter-intradisciplinary areas with promising employment opportunities which geared the evolving needs of the society at large.

Institute of Infrastructure Technology Research and Management has been established by the Government of Gujarat as an Autonomous University and has been mandated to bring about significant change in Engineering Education with respect to Technical and Managerial knowledge in the area of Infrastructure. The objective of this Institute is to serve as a Center of excellence in Research and Teaching in all areas pertaining to Infrastructure, and the Institute has a vision of acquiring a status of National importance in Infrastructure and related areas.

Institute of Infrastructure Technology Research and Management offers Bachelor and Master of Technology programs in Civil Engineering, Mechanical Engineering, and Electrical Engineering. The Institute also offers Ph.D. studies in various fields in sciences, engineering, humanities and social sciences. The medium of Instruction is English and the examination is also conducted in English.